According to the American Diabetes Association, nearly 21 million people in the United States have type 2 diabetes. About fifty four million are estimated to have elevated blood sugar levels and are classified as having “pre-diabetes.” Most cases of type 2 diabetes are a result of being overweight. By being overweight the body does not respond appropriately to blood levels of insulin, and in some people the insulin levels are lower than normal. This leads to the body being unable to regulate its blood sugars appropriately.

A study published in the New England Journal of Medicine in August 2007 showed that deaths from diabetes were reduced 92% in patients who underwent weight loss surgery, when compared with equally obese people who did not have the surgery.

It is becoming more apparent that weight loss surgery may be the answer to metabolic diseases such as high blood pressure and diabetes. This revolutionary way of thinking is changing the approach to the management of type 2 diabetes. Medicines such as insulin and hypoglycemic drugs simply mask the symptoms by keeping blood sugar levels low. Weight loss surgery has a chance to lead to a cure.

Several options exist for weight loss surgery and one of the most popular being liposuction. Liposuction will give you a temporary solution to weight loss and a permanent damage to your lymphatic system, and that’s why we invented LipoTranz Without Surgery.

Here are the TOP 5 reasons why you should avoid surgery 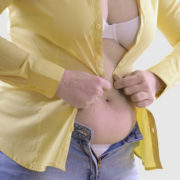 The #1 cause of weight loss failure and what to do about it!

The #1 cause of weight loss failure and what to do about it!